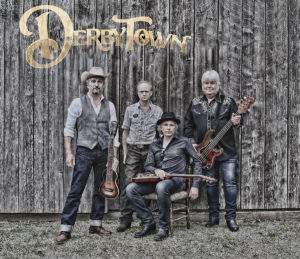 DerbyTown is a Langley-based alternative-country band performing a range of covers and original music. The band formed in 2018 around the idea of featuring the pedal steel guitar, two lead vocalists and plenty of harmony singing. The band is heavily influenced by alt-country stalwarts such as Blue Rodeo, Son Volt and Ray LaMontagne but also..