Made for TV featuring Parker Bossley 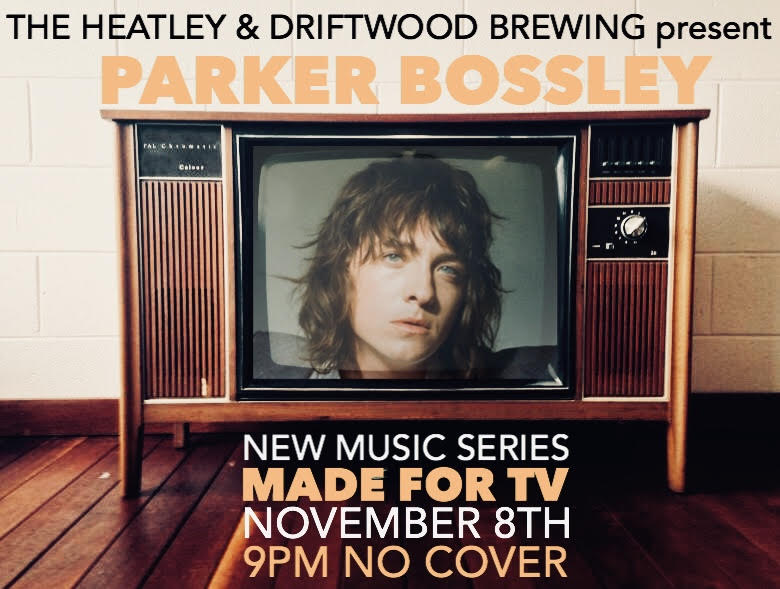 The Heatley is excited to announce the start of a new music series aptly name MADE FOR TV. This curated series will feature a local group or artist who we feel is making a strong impact in the music community. Each performance will be filmed, recorded and released on a new Heatley ‘Made For TV” Youtube channel including interviews with the artist along with entire live show.

We are thrilled to have Parker Bossley as our first featured artist Friday November 8th. Parker has been involved in a multitude of successful musical projects over the years including The Gay Nineties, Hot Hot Heat, Mounties, Fur Trade and many others. From large festival stages to intimate club shows, from Bowiesque ballads to mainstream radio rock hits, Parker has established himself as a vital and exciting artist to watch and is now embarking on an new career as a solo artist.