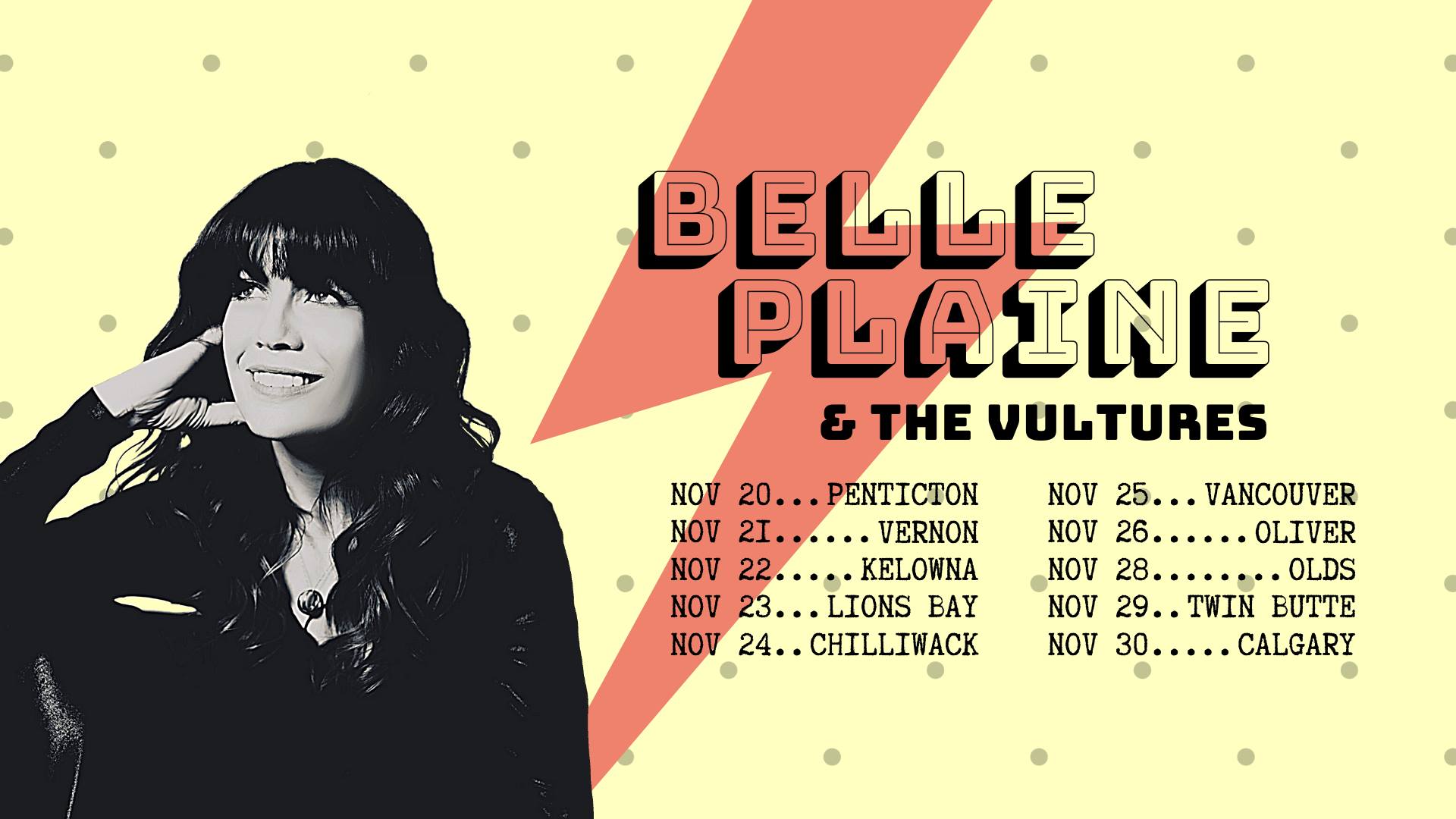 Belle Plaine is back on the Canadian highways! Her return to British Columbia and Alberta sees her backed by The Vultures featuring Steve Leidal on drums, Bryce Lewis as the telecaster master, and Belle’s own husband, Blake Berglund, dunking the ones AND fives on the bass guitar.

Belle’s 2018 record, Malice, Mercy, Grief & Wrath, won Album of the Year at the 2018 Saskatchewan Music Awards, and she was nominated for Roots Artist of the Year at the 2019 Western Canadian Music Awards. Rolling Stone described her as “cheeky, cheesy and wildly charismatic”. Exclaim! got to the heart of it: “In her songwriting command, we catch hints at what drives Belle Plaine’s creativity: big emotion and personal stories.”

Belle Plaine is a seasoned professional. She’s a honky tonkin’ road dog. A classically trained vocalist, and a performer you don’t want to miss. You can expect plenty of banter, prairie references and and evening of music to fill up your heart for the long winter ahead.